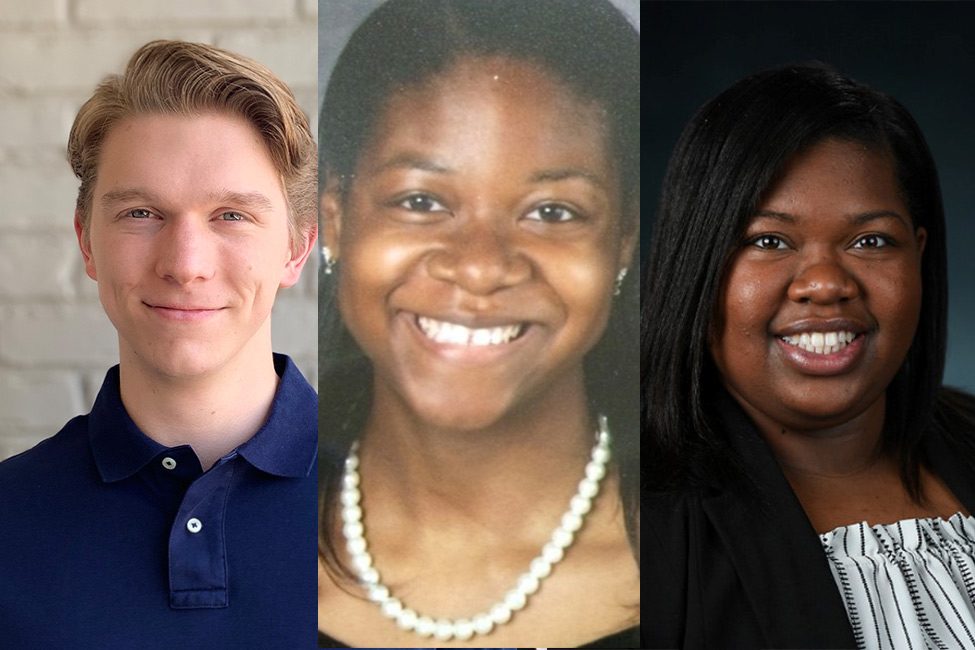 Sixty years ago, Lonnie Smith of Picayune, Mississippi, earned a law degree at the University of Mississippi, marking the successful completion of his higher education journey.

Yet Smith’s time at Ole Miss, which culminated in 1960, is responsible for providing 79 Mississippi students their own transformative experience at UM, with scholarship support surpassing $2 million.

Before his death in 2002, Smith set up the Smith & Waldrop Foundation to fund two programs that award annual scholarships. He created this foundation as a way to repay the scholarships that enabled him to pursue his higher education dream at Ole Miss in the 1950s.

“The awarding of these nearly 80 scholarships since the foundation was created tells me that Lonnie’s plan to help other students attend his beloved alma mater and obtain a life-changing college education is working to perfection,” said David Hemeter, a Smith & Waldrop Foundation trustee.

Smith used his holdings of First National Bank of Picayune stock to create the foundation, said Hemeter, who is also president and CEO of the bank. These dividends continue to fund the two scholarship programs – one named for his father, Lonnie Smith, and another for his mother, Velma Waldrop Smith. Each of these scholarship programs fund the tuition of eight full-time undergraduates per year.

“Lonnie Smith set up this foundation to go into effect after his death,” Hemeter recalled. “When we were working to establish it, he told me on numerous occasions that he would not have been able to afford to attend Ole Miss had it not been for the scholarships he was awarded.

“Because of those scholarships, he was able to earn undergraduate and law degrees at Ole Miss. This is his way of giving back to the University of Mississippi and assisting future students.”

Recipients of these scholarships say the awards have dramatically enriched their college careers and expanded their opportunities.

“I am the first in my family to attend college and, thanks to the Velma W. Smith Memorial Scholarship, I know that I am making my parents proud and starting a legacy within our family.”

“Words cannot explain how grateful I am to have received this scholarship. In the next couple of years, I plan to be working in a pharmacy environment and serving as a guide for the younger generation of my family so that they have help in knowing how to prepare for college. No family member was able to offer that advice to me.” – Victoria Green, a senior and first-year professional student from Canton, Mississippi, who is entering the UM School of Pharmacy this fall. She plans to become a pharmacist and one day open her own pharmacy.

“The Lonnie Smith Memorial Scholarship enhanced my overall college experience because it made a significant financial contribution toward my college education; I would have potentially found myself having to pursue additional student loans.”

“I would like to thank the trustees of the Smith & Waldrop Foundation for their generosity. As a recipient of this scholarship, I so appreciate their support of students like me who are in such financial need for college tuition assistance.” – Angela Stephens of Hattiesburg, Mississippi, who graduated with a Bachelor of Science degree in dietetics and nutrition in December. She is now in UM’s food and nutrition graduate program, planning to become a registered dietitian nutritionist.

“I was fairly certain I wanted to attend Ole Miss, but receiving this scholarship made me absolutely sure of my choice. The Velma W. Smith Memorial Scholarship has given me additional opportunities, such as being able to travel.”

“I would like to thank the trustees of the Smith & Waldrop Foundation for this scholarship. They have made so many great things possible for me and other students like me.” – Clay Chance, a senior from Madison, Mississippi, and risk management and insurance/banking and finance major in the School of Business Administration. The Sally McDonnell Barksdale Honors College student is preparing for a career in the insurance industry.

In addition to supporting his alma mater, Lonnie Smith was active in his community, serving on the First National Bank of Picayune board of directors and representing Pearl River and Hancock counties in the Mississippi Legislature for 12 years. He was a member of St. Paul’s Episcopal Church and the Rotary Club, and provided leadership on the statewide Book Friends advisory board and the Pearl River County Library board.

Noel Wilkin, UM provost and executive vice chancellor for academic affairs, said the Smith & Waldrop Foundation serves as a reminder of how supporters of higher education and community service make an indelible impact.

“We extend our deepest gratitude to the Smith & Waldrop Foundation,” Wilkin said. “This generous scholarship support is transforming the lives of University of Mississippi students, while expanding the remarkable legacies of the late Velma Waldrop Smith, Lonnie Smith and their son, highly respected Picayune, Mississippi, attorney and state legislator Lonnie Smith.

“The value that this family places on education will be carried on for generations as young people pursuing college degrees at Ole Miss have the opportunity to follow their example: developing a strong work ethic, achieving career success and giving back to their respective communities.”

A member of the Mississippi Bar Association, Smith practiced law for more than 40 years as a member of the Picayune firm Williams, Smith & Stockstill. His former law partners, Byron Stockstill and Joe Stewart continue to serve on the Smith & Waldrop Foundation board of trustees.

Looking back over the first 16 years of the Smith & Waldrop Foundation, Hemeter said he’s convinced Lonnie Smith would be pleased with the results.

“I think this is working just as he envisioned it would, which is primarily two-fold,” he said. “For one, it’s helping to recruit really bright students from Mississippi to Ole Miss.

“And two, these scholarships have already provided dozens of students with the opportunity to attend the University of Mississippi, but who, because of financial hardships, might have been prevented from doing so. That is just what Lonnie Smith wanted.”

For more information on creating scholarships, contact Angela Brown, senior director of development, at browna@olemiss.edu or 662-915-3181.